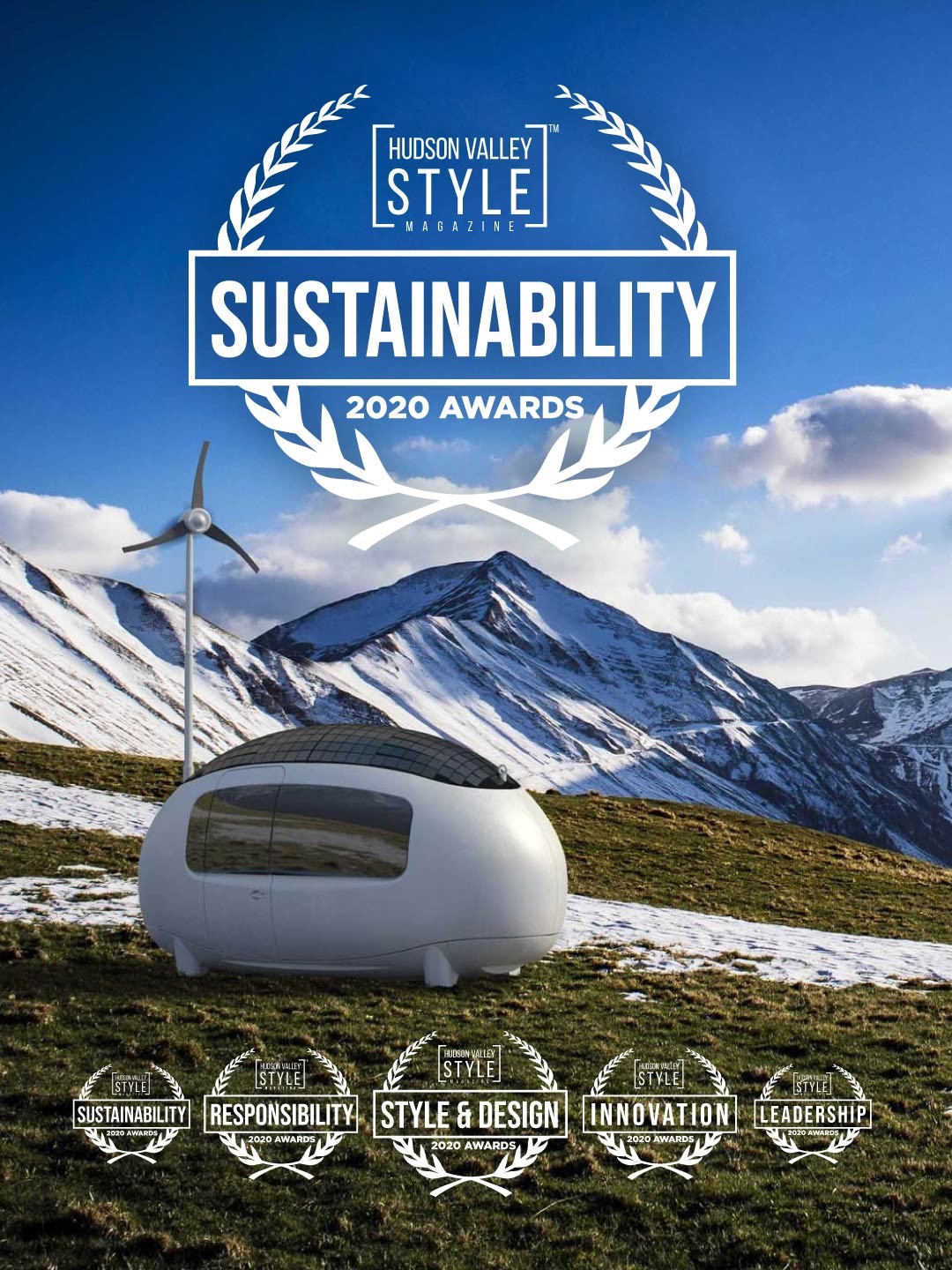 Ecocapsule® is a smart, self-sustainable micro-home, which utilizes solar and wind energy. It allows you to stay in remote places out of reach of infrastructure, with the luxury of a hotel room. Ecocapsule® is a stylish way to approach off-grid housing. It can serve as a cottage, pop-up hotel, caravan, mobile office, research station, or anything you want it to be. The product has been designed and engineered from scratch to be as self-sufficient, practical and functional as possible. Join Ecocapsule® and change the World!

Read this Hudson Valley Style Magazine Feature: Could European EcoCapsule become a Solution for the Housing Crisis in the United States?

The story of Ecocapsule® has begun in 2009 when the architectural studio Nice Architects participated in the Andes Sprout Society Idea Competition to design a small housing unit for an artist. Although the design wasn’t awarded in the competition, the breaking point for the project was when inhabitat.com chose Ecocapsule® into their selection of the most interesting picks from the competition. A massive amount of inquiries persuaded us to develop this project further. Yet, the technology in 2009 wasn’t ready for a truly independent house.

Within the next five years, the founders have been working on the technological and product design of the Ecocapsule® in order to bring the best possible product. In 2014, the development of technology has finally allowed them to finish the Ecocapsule® prototype equipped with systems necessary for long time independence. It was designed as a self-contained system able to sustain long periods of time without external resources. Long term off-grid stay has always been burdened by a lack of resources and constant resupply. Usually, this means a constant flow of equipment and fuel, which is time-consuming and has a negative impact on the environment. The fact that Ecocapsule® is equipped with everything needed limits its impact on the environment just to its footprint.

At first Ecocapsule® was intended as a frontier dwelling. A housing unit for people who need to stay in nature for a longer time – e.g. scientists, photographers, rangers or extreme tourists. Easy mobility, containerization, and long-term energy independence have opened up new ways to utilize the potential of Ecocapsule®. The capsule can be quickly shipped and used as housing for emergency teams in rapid response situations where infrastructure is damaged. Teams can directly approach their tasks without the need to build their base and facilities. The capsule can serve here as a small power plant and water filtration unit.

With time, other groups of people have also expressed interest in Ecocapsule®, such as single people in high-rent, high-income areas like NYC or Silicone Valley. Here, the capsule can be placed on the rooftop or a vacant space and substitute a studio for a longer period of time.

Since its initial design, Ecocapsule® has been featured in most important media outlets around the world. Team members have been giving lectures and presentations at prestigious events, conferences, fairs, and workshops. Apart from the business aspect, the Ecocapsule® team constantly tries to spread the ideas of sustainable development to a wide public, as well as to raise awareness of ecological issues.

Established in 2015, the Slovak company Ecocapsule® designs and produces the mobile, self-sustainable micro home of the same name. Equipped with solar panels and a wind turbine, it can also harvest rainwater, as well as filter water from natural sources. This makes Ecocapsule® a truly off-grid home, allowing people to live far from civilization, practically anywhere. Ecocapsule® is a multipurpose unit, which can be used as a house, caravan, houseboat, hotel, research station, etc.