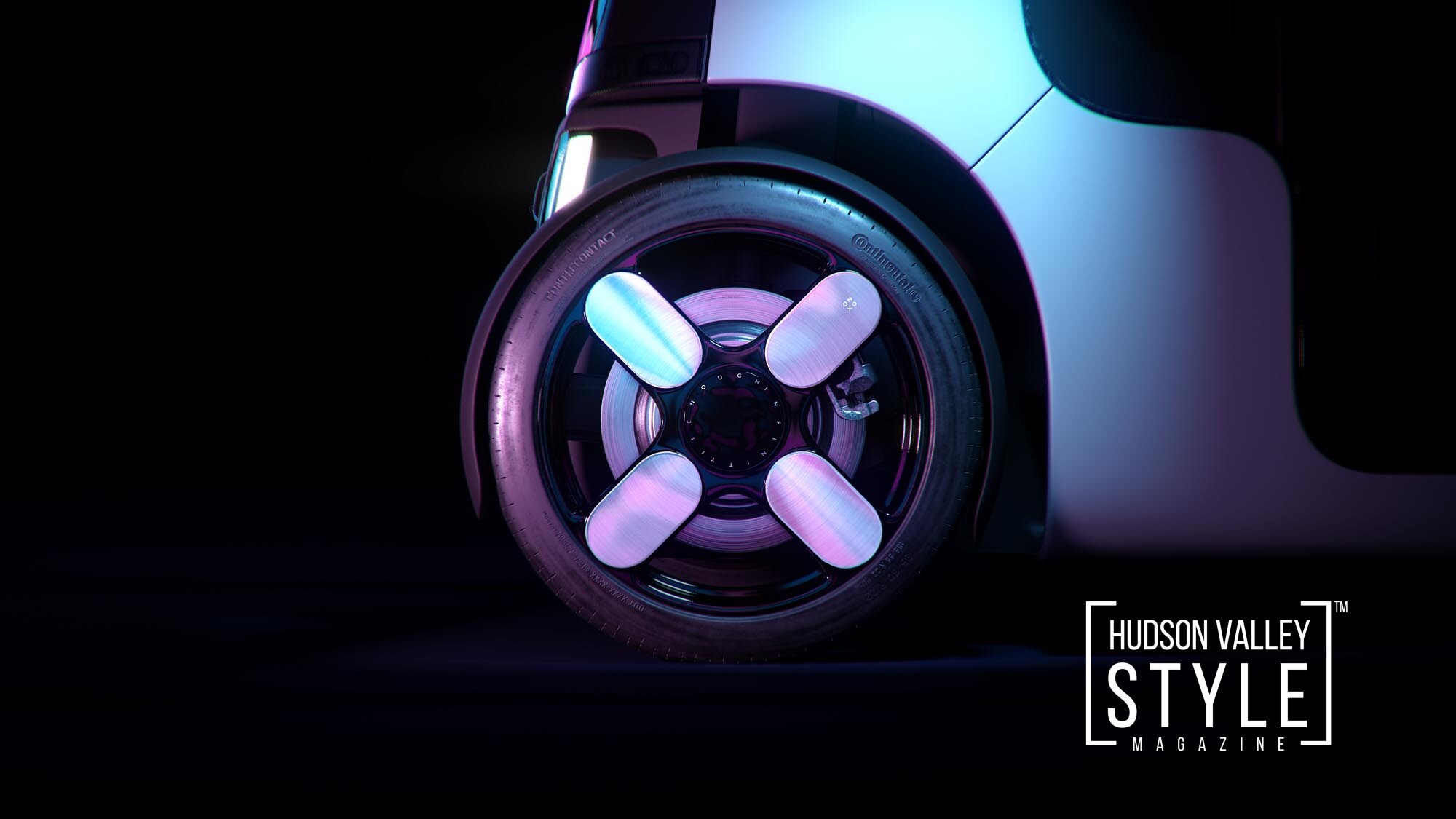 The future of the electric car is not a car, it’s an app. The fact that electric cars are expensive to manufacture and maintain, and still have a limited range, has slowed their adoption by consumers who are accustomed to internal combustion engines.

The Future of the Electric Car is Not a Car – Meet ZOOX – by Maxwell L. Alexander, EIC, Hudson Valley Style Magazine

But ZOOX Technologies has been able to design an electric car that eliminates all of these disadvantages while making transportation safer, more accessible, and more convenient than ever before.

It’s time to rethink the automobile

Forget engine sizes, horsepower, and quarter-mile times. The future of transportation isn’t going to be measured in how fast you can get from point A to point B, but rather how easily, efficiently, and inexpensively you can get there. That’s why UberX and Lyft are growing so quickly — they’re adding value by providing better service at a lower cost. So what does that mean for automobiles? Electric cars may have a role to play, but they won’t be along traditional lines. Take Tesla Motors Inc (NASDAQ: TSLA), for example. CEO Elon Musk has said repeatedly that he envisions Tesla as an energy innovation company and believes his battery technology will play an increasingly important role over time as we move away from gas engines. In addition, various entities such as Google Inc (NASDAQ: GOOGL) or Apple Inc (NASDAQ: AAPL) could produce their own self-driving vehicles one day if they see opportunities. But even if these predictions never materialize — and some investors are betting against them now with short positions on both TSLA and AAPL stock — companies such as UberX, Lyft or ZOOX could put fully autonomous vehicles on city streets within 10 years. What would these look like?

How do we get there?

We need to look at where we are and where we’re going. Right now, we’re sitting on an ocean of problems and solutions, but there needs to be a way to actually get from one point to another. And if you’re thinking about moving around, it doesn’t need to be in an ocean liner. ZOOX is an example for us all. It takes existing ideas and applies them in new ways so that we can keep moving forward with technological progress without completely changing our lifestyles. The future of transportation isn’t cars – it’s entirely different. When more people move out of their cars and into electrically-powered public transit, roadways will become a lot less crowded. Congestion will disappear because fewer vehicles will hit the roads every day.

Less traffic means better productivity for businesses because employees won’t be stuck in their daily commutes; they’ll show up ready to work every day instead. In addition, commuters won’t have to devote time to checking social media or answering emails during their rides – they’ll have time to do whatever they want once they’ve reached their destinations safely and efficiently! Soon enough, once traffic diminishes (and studies show that almost 75% of global congestion comes from just 10% of drivers), municipalities will finally have enough room to breathe again.

What does it mean for cities?

Most Americans today live in urban and suburban areas where owning a personal vehicle can be both convenient and necessary. Yet, we also know that big cities are struggling to provide parking spaces for these vehicles while also dealing with traffic congestion and air pollution. In an attempt to address these challenges, several new transportation concepts have emerged. For example, looking at how goods are transported in the future might give us valuable insight into how people will move around cities. The first major shift was from boats to trains. The second was from trains to cars. Now, it’s clear we’re on our way towards another transformational shift—from cars towards what some call the sharing economy. Of course, most of us think about Uber when it comes to ride-sharing services; however, there are other companies providing similar services such as ZOOX Transportation Systems which provides transportation for deliveries that don’t need a person inside them… yet!

— Autonomous mobility company Zoox Inc. today revealed its fully functional, electric, autonomous vehicle that is designed for dense, urban environments. Zoox is the first in the industry to showcase a driving, purpose-built robotaxi capable of operating up to 75 miles per hour. Since its inception in 2014, Zoox has combined artificial intelligence, robotics, vehicle design, and sustainable energy to bring its vision of reinventing personal transportation to life — making the future safer, cleaner, and more enjoyable for everyone.

Designed and manufactured in the U.S. , Zoox is the only vehicle to offer bidirectional driving capabilities and four-wheel steering, which enables maneuvering through compact spaces and changing directions without the need to reverse. At 3.63m long, the vehicle has one of the smallest footprints in the automotive industry. The vehicle features a four-seat, face-to-face symmetrical seating configuration that eliminates the steering wheel and bench seating seen in conventional car designs. The vehicle also features a 133 kWh battery, one of the largest available in electric vehicles today, allowing it to operate for up to 16 continuous hours on a single charge.

“Revealing our functioning and driving vehicle is an exciting milestone in our company’s history and marks an important step on our journey towards deploying an autonomous ride-hailing service,” said Aicha Evans, Zoox Chief Executive Officer. “We are transforming the rider experience to provide superior mobility-as-a-service for cities. And as we see the alarming statistics around carbon emissions and traffic accidents, it’s more important than ever that we build a sustainable, safe solution that allows riders to get from point A to point B.”

The vehicle design has more than 100 safety innovations not featured in conventional cars, including a novel airbag system for bidirectional vehicles and carriage seating that envelops passengers, which is equal to five-star crash safety protections for all four seats. The vehicles utilize a unique sensor architecture of cameras, radar, and LIDAR to obtain an unrivaled 270-degree field of view on all four corners of the vehicle, eliminating typical blind spots and allowing the vehicle to consistently track objects next to and behind it, including pedestrians, bicyclists, and other road users.

“Safety is the foundation of everything we do. Building a vehicle from the ground-up has given us the opportunity to reimagine passenger safety, shifting from reactive to proactive measures,” said Jesse Levinson, Zoox Chief Technology Officer and Co-Founder. “These include new safety features such as our airbag design, redundant hardware throughout the vehicle, a unique sensor architecture, and a custom AI stack that detects and mitigates potential risks. Our vehicle has passed key FMVSS crash tests, and we are continuing to look for new, innovative ways to protect our riders and others on the road.”

Zoox was founded in 2014 with a vision of purpose-built, zero-emissions vehicles designed for autonomous ride-hailing, along with an end-to-end autonomy software stack. The company was acquired by Amazon in 2020, and operates as an independent subsidiary. Zoox is currently testing in Las Vegas, San Francisco, and Foster City. 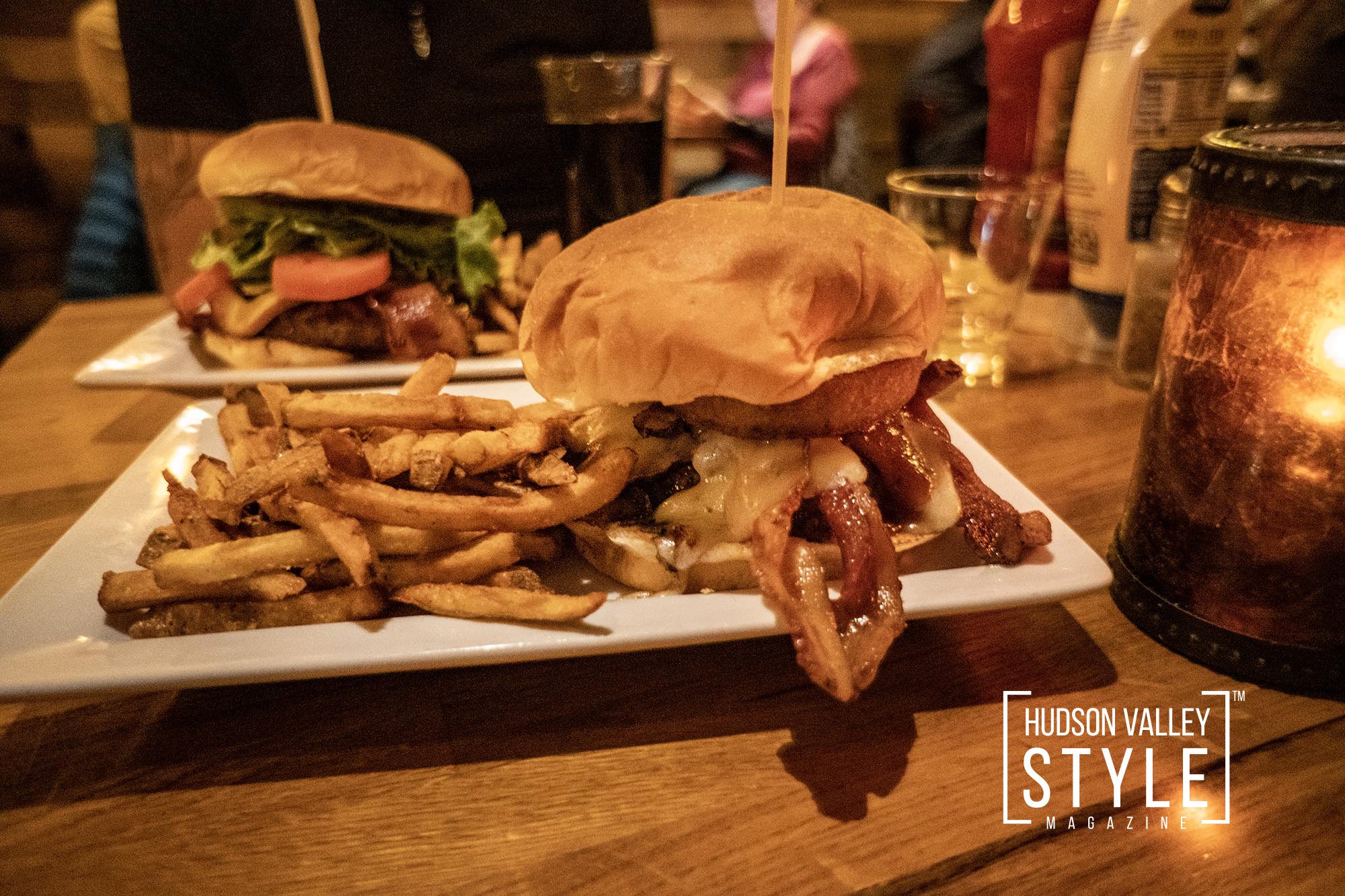 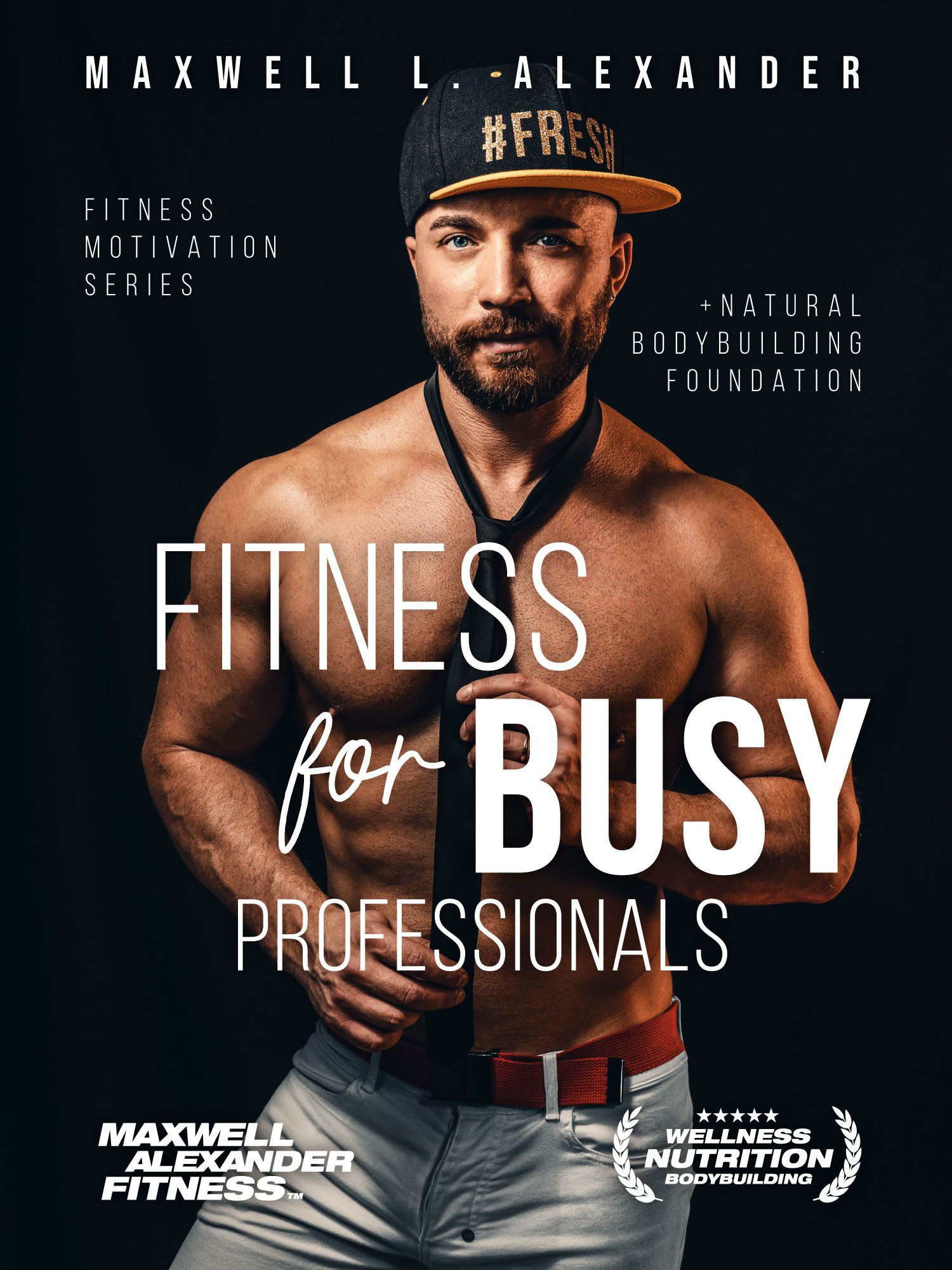 Fitness for Busy Professionals: A Guide to Making Exercise a Priority in a Busy Lifestyle 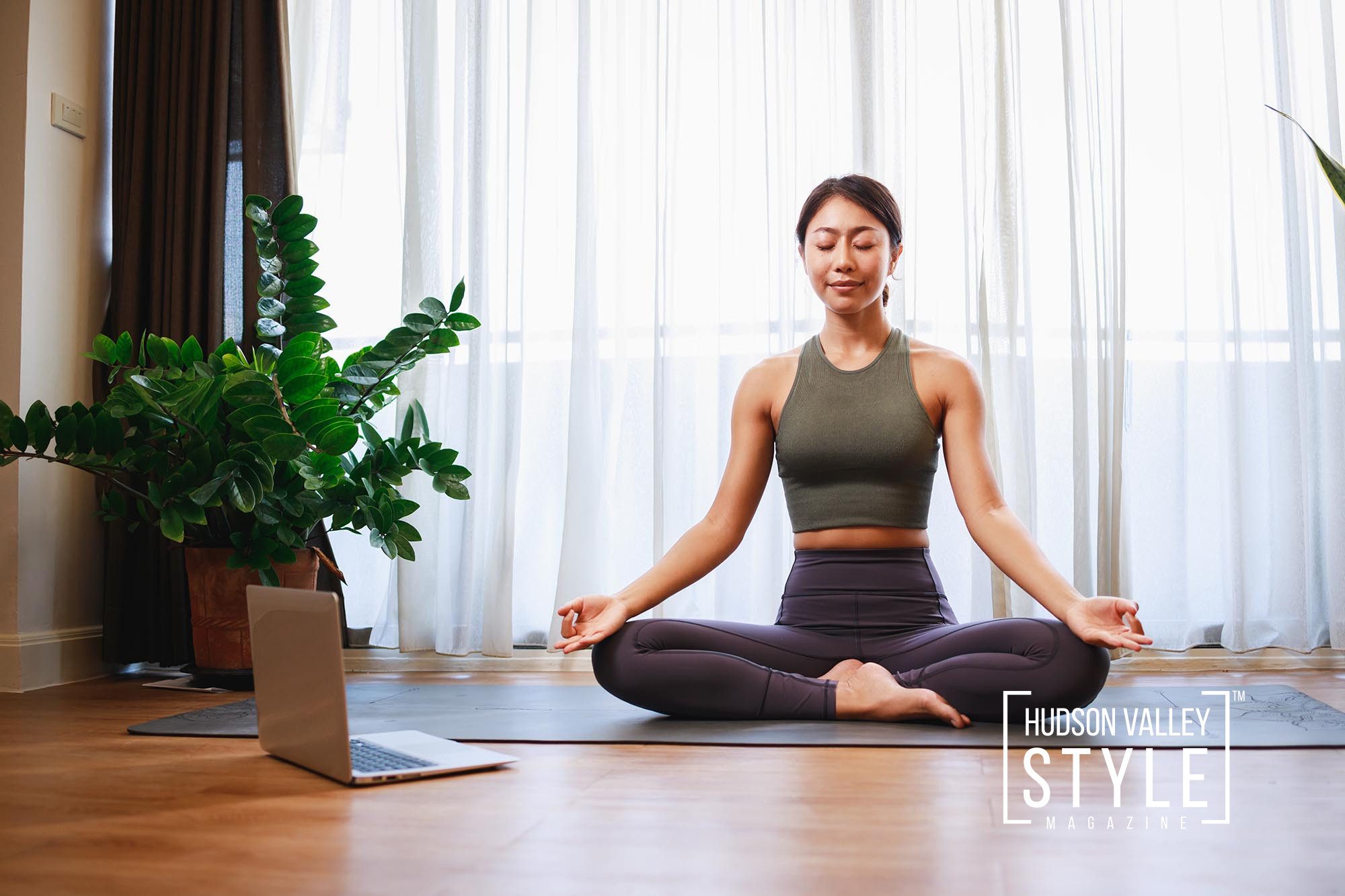 Introduction to Chakras: Unlocking the Power Within