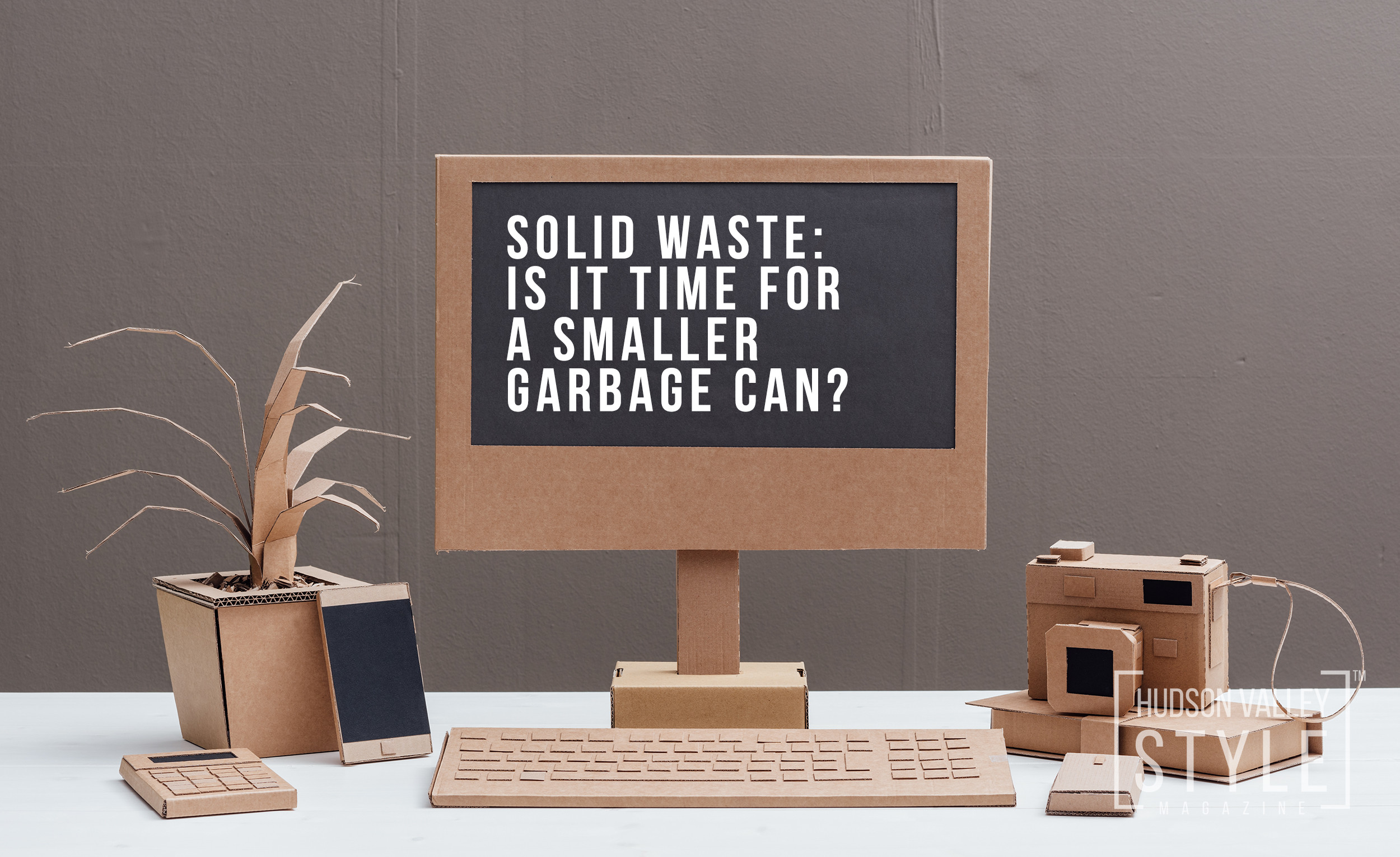 Solid waste: Is it time for a smaller garbage can?
by Katya A Williams, Editor, Sustainability & Social Responsibility

People are creatures of their habits and patterns, where purchasing goods makes a part of a person’s daily routine. American businesses produce and promote a wide variety of services and products, available and accessible anywhere and anytime, for shoppers with all possible needs and demands. America is the nation of consumers!

The more goods humans buy and use, the more waste gets produced. American businesses and homes generate an overwhelming amount of trash, also known as municipal solid waste (MSW), which is food, paper, carton, plastics, glass, yard debris, leather, metal, rubber, and much more. With clear evidence of environmental pollution caused by toxins in the atmosphere, water, and soil, it is important to understand that disposing of trash is a critical matter. Many will argue that they already separate recyclable items and trash. They may wonder, what else is there to be done? The answer is – just recycling is not enough anymore.

Does anyone ever think what happens with their trash? Where do all their food scraps, cans, boxes, bags, bottles, wires, tires, mattresses, couches, sinks, pipes (and the list goes on), go to after it all gets picked up and sorted? For those who do not know yet – trash travels. Solid waste gets moved from one site to another, from a wealthier country to a low-income country with fewer regulations, from one region of the U.S. to another region with more space for accommodation. And if it is not disposed of properly, it may enter lakes, rivers, and oceans, causing a great hazard for marine species and eventually affecting the lives of all living organisms.

The acknowledgment of better technology today than decades ago brings a great sense of relief. Solid waste does not get burnt on the streets anymore as it used to, and less amount of waste gets buried in the landfills today than yesterday. But even with the modern recycling systems in place, America still generates much more waste than it can dispose of. Joann Gonchar in her article “Talkin’ Trash,” published in Architectural Record, confirms that according to Environmental Protection Agency (EPA), in 2015, the U.S. produced nearly 262 million tons of MSW, where less than 35 percent of this amount “was recycled or composted,” while the majority ended up in landfills or was destroyed by burning (Gonchar, 2018). In order to understand how important this data is, it is necessary to know that even though the methods of burying solid waste in the landfills have improved over the years, and most of the combustion (trash burning) facilities currently produce power by burning waste – both of these strategies are severely toxic for the environment. Another critical factor is that these practices contribute to the greenhouse gas effect. Landfills, for example, generate methane gas, which along with other greenhouse gases (carbon dioxide, water vapor, ozone, and etc.) collects in the atmosphere and traps the heat, resulting in warming of the globe and rising of the sea levels. Logically, combustion and landfills are not appropriate strategies. What about recycling?

Let’s look at New York City. According to Gonchar’s article “Talkin’ Trash”, at this time only 20 percent of NYC’s trash gets rerouted, and a little over a half of recyclable materials (glass, plastic, and metal) disposed of by the residents, get gathered for recycling. And only four percent of food and other organic waste is collected by volunteers for composting. So to help to prevent an ecological catastrophe in their city, the residents should do more and start focusing on reduction and reuse of their waste, which goes beyond recycling.

While waste management is the local government’s duty, waste reduction and reuse should become each and everyone’s responsibility. Implementing a practice of putting tin cans, carton boxes, and glass jars into a separate recycling bin is an impressive accomplishment for this nation, considering many other countries do not have those rules in place. However, reducing the number of recyclable materials should be the new goal for businesses and individuals, considering the number of goods the American nation consumes daily. Recycling industries do not have a capability to turn absolutely all old products into new ones, so reduction and reuse should become a new habit!

Old routines are hard to change overnight, but some changes can be made, with communities working together on taking small steps towards a sustainable future.

These are some examples of reducing and reusing solid waste:

• Use less paper – utilize electronic communications instead.
• Do not try to “keep up with The Joneses.” Shop smart – not hard. Remember, less “stuff” – less waste.
• Explore thrift stores and online services for used goods. Donate old items to those that can reuse them, instead of throwing it in the trash.
• Use a shopping bag instead of plastic or paper.
• Avoid buying canned and packaged foods – buy fresh produce instead. Support local farms.
• Learn composting.
• Buy eco-friendly products. While buying an item, be mindful of how much waste it will produce.