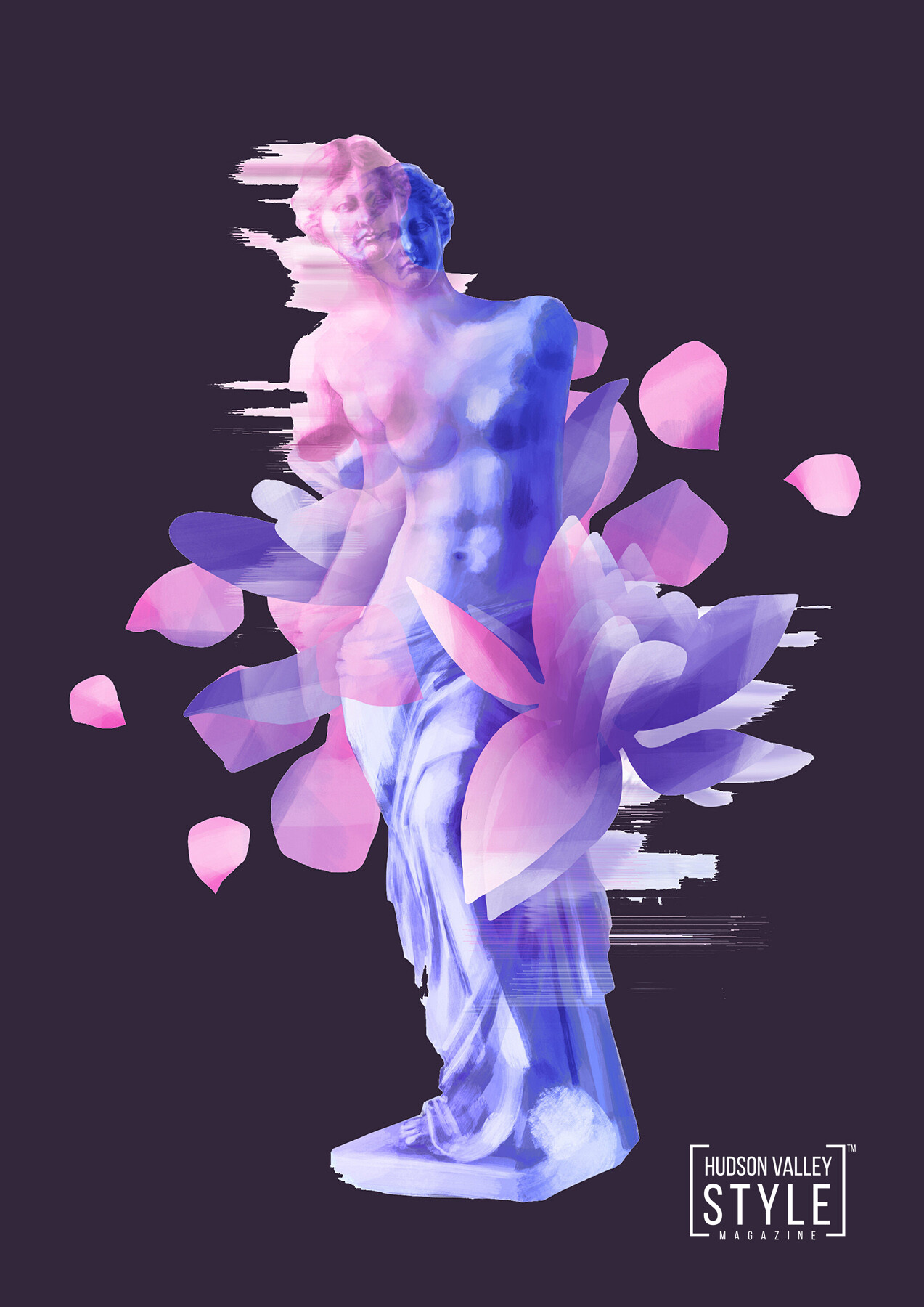 She is a symbol that holds great power, from ancient antiquity to the postmodern world. Reigning as the goddess of love in Roman mythology, Venus also represents sex, beauty, fertility, along with victory and even prostitution.

Perhaps the most famous image of Venus that we are all familiar with is one depicted in Boticelli’s Birth of Venus, with the goddess gracefully emerging from the sea naked with locks flowing, on a clam shell. The image of this goddess of love and beauty has been celebrated and depicted in various forms over the centuries in literature, paintings, and sculpture, and her legendary allure has made her a muse for artists throughout the world. Hudson once had its very own version of Venus for nearly a century in the form of a statue gracing the fountain at 7th Street. But the statue was removed decades ago and currently sits in a state of decay.

But what does the symbol of Venus look like in the modern era? Who is Venus in the 21st century of intersectionality and non-binary inclusivity? What virtues would be upheld with a more contemporary symbol? A new Hudson art gallery is asking visual artists this question with an invitation to reimagine Venus as The New Divine Feminine.

The highly anticipated new art gallery space Shakespeare’s Fulcrum is slated to open this spring in Hudson. Visual artists are invited to submit works that explore their own interpretation of The New Divine Feminine in contemporary culture. Original artworks of all mediums are welcome for submission, and selected artworks will be on display at a dedicated exhibition in May 2021.

Juried by renowned artist Terry Fugate-Wilcox, sales from the exhibition will support the Hudson Culture Coalition’s revitalization initiative of the historic Venus Fountain located at 7th Street Park in Hudson. The fountain formerly showcased a statue of Venus erected in 1883, which has been absent for decades due to its severely damaged state.

“With The New Divine Feminine exhibition, we are delighted to be able to raise funds to preserve historic Hudson, while simultaneously discovering new talent and creating a potent new influx of culture to the region,” remarks GG Melina, founder of GGBB Foundation’s Hudson Culture Coalition.

Shakespeares’s Fulcrum is self-described as an “Art Centre”: a self-curating art gallery, 2800 square foot performance space and cultural destination located in the heart of Hudson. The gallery will be helmed by Fugate-Wilcox, whose artwork is featured in the permanent collections of MoMA, The Metropolitan Museum of Art, The Guggenheim, and in public and private collections throughout the world. Shakespeare’s Fulcrum will celebrate its grand opening on April 22 at 612 Warren Street with a special exhibition of Fugate-Wilcox’s work. Aiming to serve as a collective performance space for the community, Shakespeare’s Fulcrum will provide a place for art, theater, dance, forums, and special events in Hudson.

A gallery rooted in history, Shakespeare’s Fulcrum (also called Fulcrum Gallery) was formerly located in New York City from 1993-2002, housed underneath the Guggenheim Museum SoHo. It was a progressive gallery that received much notoriety in its heyday, and it was founded to exhibit the Actual Art movement born in downtown NYC. Actual Art is the concept that time and natural process should be able to change art’s appearance, with nature as a collaborator in the artwork. The new iteration of Shakespeare’s Fulcrum in Hudson will strive to be a centerstone of dynamic art, inclusive culture, and a catalyst for active community participation and engagement.

Artists can submit to Shakespeare’s Fulcrum’s The New Divine Feminine exhibition at shakespearesfulcrum.com/newdivinefeminine